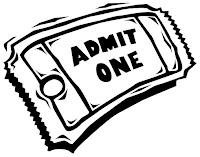 So it looks like goal #10 going to be a cake walk...  So far this year I have already been to the movies 3 times.  Tron, Black Swan and True Grit.  I'm planning on seeing The King's Speech in the next couple of weeks and I'd like to add The Fighter to the list as well.

Movies are something that always played a significant part in my life. Growing up I can remember browsing the HBO schedule every month and making a list of all the movies that month that I wanted to see and then preprogramming our VCR to automatically record them.  There is something a bit obsessive about preprogramming your VCR up to a month in advance... it would take me sometimes up to an hour to get everything set up.  I still have a stack of VHS tapes with movies that I recorded.  Some are over 20 years old.  I just love movies... I always loved going to the movies, renting movies... they were my escape.  I never really watched a whole lot of television when I was a kid.  If I was found sitting in front of the television I was usually watching a movie.

Maybe it's because my earliest childhood memory is being at the movies... It was the summer of my 2nd birthday... 1977.  Star Wars had just come out and my parents took me to the drive-in to see it.  I can still see it in my mind.  My parents in the front seat and me and the dog in the back.  I was wearing what were my favorite feet-pajamas and munching on popcorn.

... and there it was... Star Wars!  I can still remember the thrill of seeing Darth Vader appear through the smoke at the beginning of the movie.  It was awesome.  I'm sure I didn't make it through the whole movie and I'm pretty sure that I didn't see Star Wars all the way through until the 2nd rerelease in 1979.  I still get the chills when I hear the opening fanfare of the score (happens with the Indiana Jones movies and the original Superman film as well).

If you want to read more of my ramblings about movies go to my movie blog over at Armchair Cinema.
Posted by J. Thompson at 11:28 PM 1 comment:

Email ThisBlogThis!Share to TwitterShare to FacebookShare to Pinterest
Labels: Goal #10

I managed to bust through Goal #5... I put the call out on my Facebook page on Thursday afternoon to see if anyone wanted to go to the movies with me that night.  I have really wanted to see Black Swan and True Grit, but I don't like to go out to the movies by myself.

I don't know if I was expecting anyone to respond... if nobody did I suppose it would have subconsciously validated how I've been feeling lately.  Maybe I didn't even want anyone to respond.  Well, someone did.  My friend Jessica, a friend from high school who I had reconnected with on Facebook, responded and mentioned that her and her husband Brad, who I also went to high school with, were going to go see Black Swan at The Little Theatre downtown and I was welcome to join them.  They even had an extra ticket that they would give me.  I had no reason to say "no"... yet somehow the fear and doubt started to creep in again.  I hadn't seen them since high school... 18 years! Back then, we knew each other and had many mutual friends, but we didn't really run with the same crowd.  My brain ran in circles, fear and depression started to take hold... a million doubts poured into my head.  Then I thought of my New Year's goals... especially #5:


I will NOT allow depression and fear to keep me at home when I'm invited out by my friends and family.

So I said nothing and decided to fight through it and go... and I had a great time.  I confirmed for myself that reconnecting with Jessica over the last couple of years on Facebook was not a fluke.  After spending time chatting with them and seeing the movie (and getting a heartfelt hug), any fear and doubt that I had was washed away and I was left with the warmth of rediscovered friendship.

Such a wonderful thing :)

In other goal related news...

I finished up my photo restoration project,  I honest can't wait see the look on my grandmother-in-law's face when she sees it for the first time.

It will be on to my next short term creative project starting this weekend... I wonder what it should be......?

This just makes me want to deal with Goal #4... right NOW!

I've been scouring my brain for the better part of today and yesterday in an attempt to clarify what exactly it is that I want to do as a business.  I know that PC repair is going to be a large chunk of it, but I think that in the long run I would like to move away from that into other areas.  Let me make one thing clear before I go too far... I AM NOT LOOKING TO GET RICH.  It's never been about the money for me.  As long as I can live comfortably and give my kids the things that they need to grow up healthy and happy I'm good to go.

Here are some of the things that I want to do and attempt to get paid to do them...

So there is it... the above list is pretty much everything that I would be interested in doing for money.  This of course leads me to 2 important questions/problems...


This is where my brain has pretty much been stuck since this morning...
Posted by J. Thompson at 9:32 PM 2 comments:

Email ThisBlogThis!Share to TwitterShare to FacebookShare to Pinterest
Labels: Goal #2

I like to consider myself a creative person.  It seems to be when I am in my most zen-like state of being.  I took a lot of art classes in high school and I had intended upon going on to pursue art as a career... my goal was to work as a comic book artist.  Alas, I allowed myself to be talked out of it by people around me.  I put down my pencils and for several years did nothing more than doodle in the margins of my notebooks and meeting notes at work.  Over the past year though I have started to feel the itch again and I've started to rekindle my love of art and I've picked up my pencils again.

For quite a while I was heavily involved in photography and digital imaging.  I loved creating images and then modifying them in Photoshop.  A couple of years ago I was handed two tattered old photographs that belonged to my Grandmother-in-law and was asked if I could somehow restore them.  I said I would try...

The first was relatively easy and I was able to bring it back to life quickly...

The other one was not going to be as easy and it has sat for a couple of years never making past the scanning stage.

With her 90th birthday coming up it was decided that I should make a run at restoring it. In the photo is, of course, her, but along with her are her two older sisters, her older bother and her parents.  Her younger brother had not yet been born.

So here is the original... 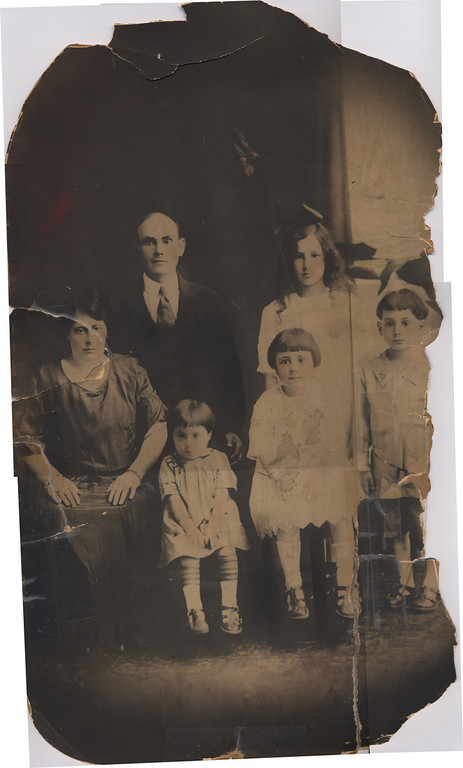 ...and here is the progress I have made over the last few days... 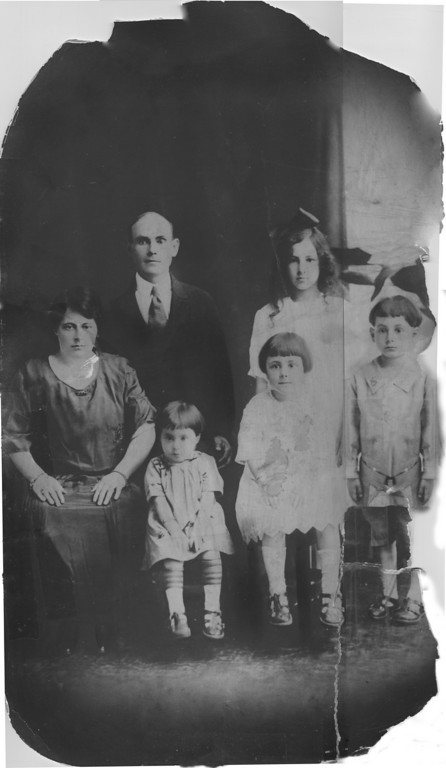 I've got a couple of more days to finish it.  It's going to be a surprise so hopefully I can make it worthy of it.
Posted by J. Thompson at 11:07 PM 1 comment:

Email ThisBlogThis!Share to TwitterShare to FacebookShare to Pinterest
Labels: Goal #6

This month's reading list... and my scale ran away

I stepped on the scale today just so I could get a baseline for my weight... gotta know where you started to see how far you went when it's all over.  Ugh... what a shameful experience that was.  I won't publicly declare the number here, but holy shit did I feel awful about myself.  I half expected my scale to start shouting, "ONE AT A TIME PLEASE!!!"  Ultimately I want to drop 100lbs this year.  Not difficult, it's only 2 pounds a week, but for a guy that has seen his weight do nothing but go up it's a daunting task.
Posted by J. Thompson at 11:28 AM 1 comment:

So here it is... the year 2011... and with the new year always comes a host of resolutions.  Things that I say I'm going to change, but never really do.  This year is different.  This year things have to change.  Whether I like it or not, my life has to change and it is up to me to determine whether or not it changes for the better.

2010 was not what you would call a banner year for me.  Lay offs, financial problems, day care issues, health problems, an impending divorce, and my father dying unexpectedly pretty much sums up my year.  I'm entering 2011 with my life upside down, something occurred to me today... this may be a blessing in disguise.  This year represents what could be a completely fresh start for me.  I can make choices this year that will determine the path I will take for the rest of my life.  That being the case I've decided that in place of the usual meaningless resolutions I will set goals for myself.  Goals that mark a set of personal challenges for me to overcome.

I've publicly declared them on my Facebook page and on Twitter... Here they are again:
So there they are.  These are the goals that I have set out for myself for the coming year.  If I am able to accomplish these goals I will have done the impossible and reinvented myself and used this forced fresh start to make a positive change in my life and hopefully in the lives of those around me.
Posted by J. Thompson at 11:54 PM No comments: