I'm four episodes in and here is what I've learned so far: 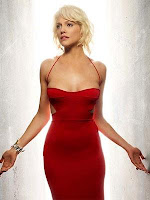