Jeremy vs. Jeremy: It's time for a change

As many of you already know I have made a commitment to lose weight. A lot of weight.  When all is said and done I will have lost a total of 225 pounds.  That's an entire person... 2 people if they're small.  To get an idea as to how much that is go find a 5 pound bag of flour or sugar and just hang on to it for a few minutes.  Walk around with it.  You kind of want to put it down, don't you?  Now imagine carrying 45 of those around with you everyday... ALL. DAY. LONG.  Welcome to how much weight I'm talking about.

Back in May of 2012 when I hit my highest weight I set the ball in motion with an eye on just losing weight.  I was disgusted with myself and I was sick of my joints hurting and sick of getting winded just going up a single flight of stairs.  I was sick of being afraid I might break any chair that I sat on... I was sick of not being the person I wanted to be.  The first 25 or so pounds came off relatively easy and by December I was looking to cross the threshold of being under 400 pounds for the first time in a couple of years (yes you read that right).  It was at this point that I caught a show on the Discovery Channel about ordinary people who were put in extreme situations and were able to survive. The one that struck me the hardest was the story about a father and his two children whose car had gone off the road into a river.  The father was able to save himself and both of his children.  I felt sick.  I realized that if that had been me with my children... yep.  By continuing to live in the physical condition that I was (and still am) in I was not only risking my own life, but the lives of my children as well.  Maybe I would never be presented with that kind of scenario... maybe.  I had to ask myself if it was worth the risk.

I knew then that it wasn't going to be enough to lose the weight... I needed to get in shape. 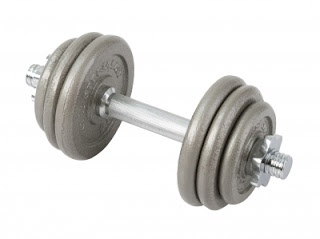 With this new goal in mind I set a deadline for myself... 2 years.  By my 40th birthday I want to be in the best shape of my life.  It's not unreasonable, and frankly if I make even a modest effort it's a goal I can hit early.  That said I want to wake up on my 40th birthday and put myself to the test.

When I was 18 I wanted to join the military after I graduated.  It seemed like a good option.  It would give me some time to figure out my direction in life and at the same time I would be continuing a long standing tradition of military service in my family.

It didn't happen.  I couldn't pass the entry physical.

Now, even though the age limit for enlistment has passed I want to prove to myself that I could have done it. I want to pass the minimum physical fitness requirements to graduate from Marine Corps Basic Training.

Here are the current requirements as published:

So, there it is.  Maybe I'm crazy, but I will do this for myself.  I have come to the conclusion that the price that I might pay if I fail is far too high.
Posted by J. Thompson at 2:39 PM 1 comment: 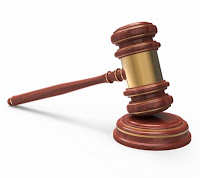 December 28th, 2012 ... That was the day that a major chapter of my life came to a close.  After two years, mounds of paperwork and pools of tears, the divorce became final.

After I dropped off the final paperwork at the county clerks office I sat in my car in the parking garage and tried to feel something.  I mean, after two years of struggle the closure that comes with a divorce is supposed to come with some sort of feeling... right?

...and yet I felt nothing.  I had spent so much of the time following my ex's request for a divorce going somewhere between sorrow and anger that I don't think I had any left in me.  As for joy or some sort of celebratory feeling... well that was missing as well.  I gave 11 years of my life to a relationship that failed.  You don't just walk away from that jumping for joy.

For a long time I felt like a failure.  I had failed my self, my ex-wife, and worst of all, my children.  Ultimately, I had to push those feelings aside.  My children would need my strength, not my self-pity.

Sitting in the car that day the only feeling I could muster was the thought to not give up.  I started the car and drove to pick up my kids.

Little did I know then what life would soon bring me.

For the last 17 months since I moved out on my own I've been battling with overwhelming feelings of depression and loneliness   Every other night and every other weekend I would sit in my recliner and listen to the silence of my town house.  My home became a seething cacophony of quiet and when my kids were with their mother that noiselessness only intensified.

I went into this past weekend with no indication that it was going to be different.  It wasn't my weekend with my kids and I had no real plans other than to sit at home and be alone.

...and then she changed everything.  A woman of amazing energy came into my life like a tidal wave and completely sent my weekend into a spin.  By Sunday morning I was feeling more alive than I had in a couple of years.  Chatting online, texting, hours on the phone. Getting to know each other far beyond what we'd known of each other before.  The experience of this weekend helped to open my eyes and forced me to realize that what I had been experiencing for the last year could only be temporary.  It reminded me that life often takes a giant leap in an unexpected direction right when you need it to.  Even if you don't realize it.

I think back on the last decade of my life.  The joy, the pain, the hurt feelings, the triumphs and the failures.  I think about my daughters and how much of my life they changed.  All of the events in my life have placed me where I am now.  Yes, going through a divorce sucks.  Yes, going through a divorce with children sucks even more.  Here in lies the paradox... if not for that pain, if not for that process .. I wouldn't be where I am in my life right at this very moment, and considering the events of the last few days and the events of my life still to come.  I wouldn't alter any of it.
Posted by J. Thompson at 11:02 PM 1 comment:

Well, that's it, I guess.  Another year in the can and for several reasons, I'm glad it's over.

This time last year I posted a few simple desires for this year...


"A year where I'm not struggling to pay my bills and maybe get to save a little money...A year where I have as few life changing crises as possible...A year where at the the end of it I can look back and feel like I haven't been upside down spinning my wheels for most of it...Then again... maybe I'll just settle for learning how to deal with things better."

All things considered I can, for the first time in a long time, say "Mission Accomplished"... and I actually feel like I'm in a position to make some real resolutions.  Resolutions that can have a substantial impact on my life and how it ultimately plays out.

So, that being said... here goes in no particular order: 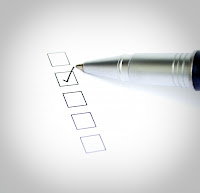 There you have it.  Nothing hard and fast, but all of them important and potentially life altering.
Posted by J. Thompson at 7:43 PM No comments: